Jobs of the future successfully delivered within the e-learning portal

The conference to mark the successful conclusion of the EU-funded Information and Communication Technology (ICT) project was held on 10 October 2017 at the Ankara Sheraton Hotel & Convention Centre and was attended by 250 people.

The EU’s partner organisation for the project was the Middle East Technical University (METU), which was ranked 12th in the 2015 Asia University Rankings according to the UK publication Times Higher Education (THE) in June of the same year. The publication’s World Reputation Rankings also placed the METU among the top 100 most reputable universities in the world in 2012, 2013 and 2014.

The conference began with a breakfast press meeting, involving around 30 members of the press, various stakeholders, and representatives from METU and the EU Delegation to Turkey (EUD). A number of distinguished speakers then took to the podium:

The project provided 100 online courses related on ICT free of charge to SME employees and employers and 80,000 people from various countries registered on the portal. By October 2018 thousands of e-certificates had been awarded to learners. In addition, in order to raise awareness for the e-learning portal https://bilgeis.net/en), a 7.2km fun run was organised, which saw around 1,000 people of all ages, genders and professions, plus children and their parents,   running around a park in Yalıncak on the METU main campus.

WEglobal is delighted to have contributed to such an influential project! 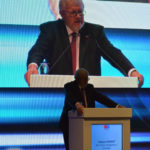 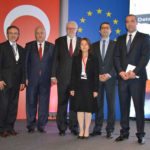 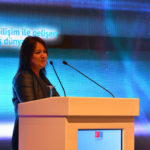