WEglobal’s İklimIN project, a technical assistance project co-financed by the EU and Turkey on enhancing joint efforts on climate action, met with the Turkish National Media on October 10, 2018 at the Istanbul Four Seasons Hotel. The topics of the meeting were “New Generation Climate Journalism and “Climate Change Trends”.

The press conference was led by Prof. Dr. Mehmet Emin Birpınar, Deputy Minister of the Ministry of Environment and Urbanization and Chief Negotiator for Climate Change. , The meeting started with an introduction to the project by the İklimIN Project’s Team Leader, Gaye Erkan.

Following the introduction, Prof. Dr.Mehmet Emin Birpınar addressed the audience with information about the effects of climate change in Turkey and policies and actions taken by the Ministry of Environment and Urbanization. Prof. Birpınar also introduced the 2019 awareness-raising campaign, which has the theme of “Senin İklimIN / Your Climate” to the members of the national media.

Mr. Güven İslamoğlu from CNN Türk Television made an impressive presentation about the triad of climate change, green nature and media. Mr. İslamoğlu showed the audience how fast and damaging human interventions were in nature and stressed that “we need to act now”.

Marmara University, Department of Political Sciences and International Relations, Associate Professor Dr. Semra Cerit Mazlum enlightened the participants about the Paris Agreement that she referred to as the new path for international climate policy.

The last speaker of the session was Dr. Nuran Talu, Senior Advisor on Climate Policies and İklimIN project advisor. Dr. Talu described climate journalism as a key developing field in the media and stated that climate journalism is vital for educating the general public on climate change and creating a favourable public opinion for combating climate change in an effective way.

The final part of the meeting entailed a question-answer session and a closing speech by Ms. Diren Ertekin, Adaptation to Climate Change Division Chief, Directorate General of Environmental Management of the Ministry of Environment and Urbanization. Ms. Ertekin indicated how pleased the Ministry was about the content, opinions, different viewpoints shared, ownership shown by different stakeholders of the issue and how hopeful she is in the upcoming efforts in engaging the media and journalists as parties to combatting climate change.

The overall event was a true success in reaching its objectives, and acting as a starting point for media opinion leaders to come together around the issue of climate change. The İklimIN project will maintain communication and cooperation with the media to ensure long-term, sustainable impacts. 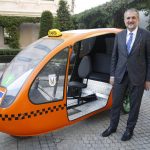 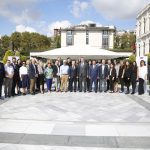 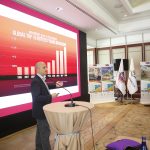 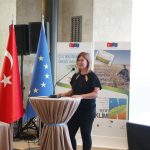 Back to News
Previous Post
WEglobal runs across the continents for children
Next Post
Created in Moldova, appreciated worldwide